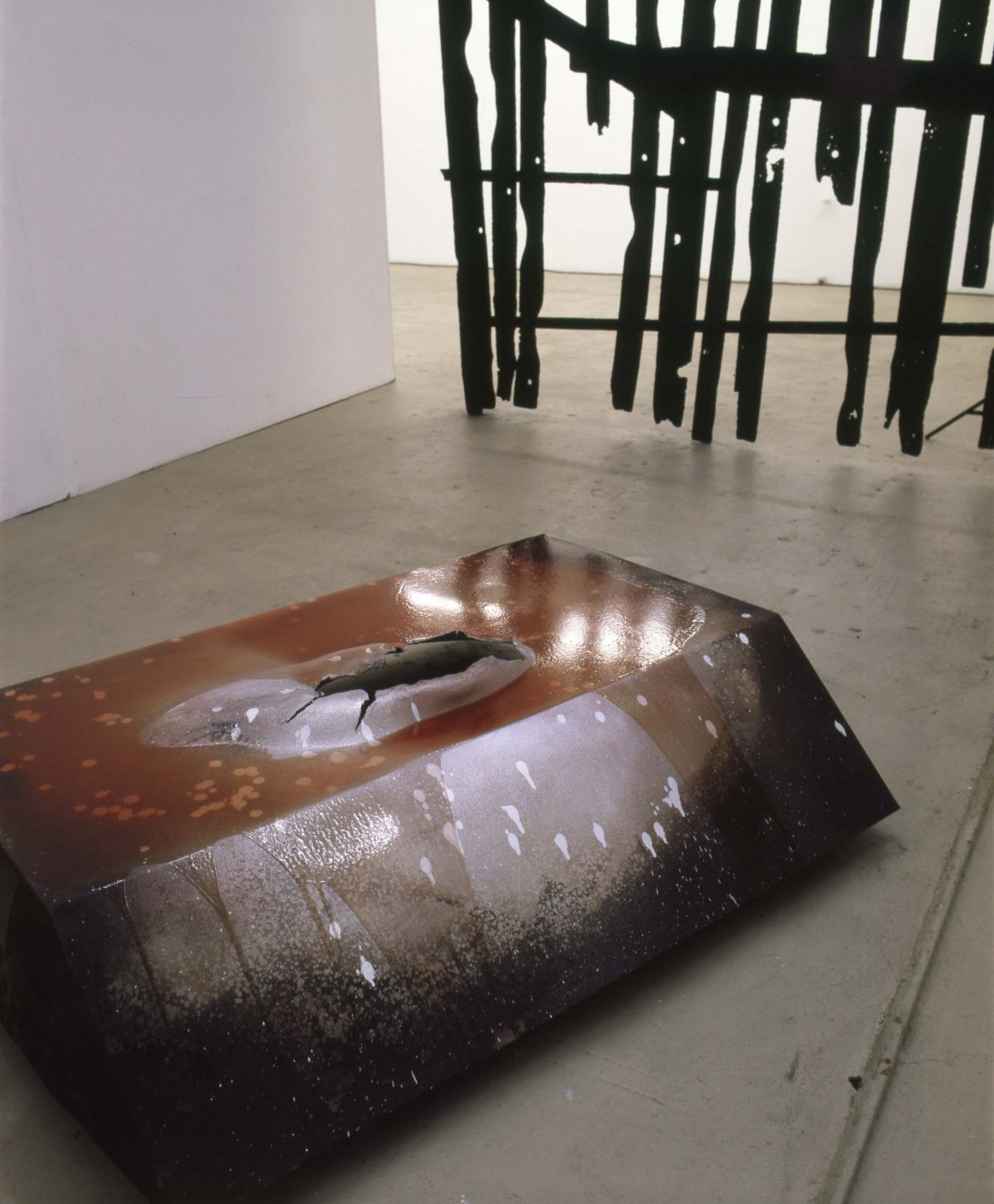 What do your sculptures have in common?

Despite the fact that my sculptures look very different, they are all strange bodies with a tendency toward the grotesque, with perhaps something comical and slightly transgressive. There’s something suggestively deviant about them, as if they could not really control their own bodies, embarrassingly enough. Posture and form soften. They seem to collapse under their own weight; the volumes are strained and buckle, most of them have jut out stupidly somewhere, or else drip down a little bit. Many of them seem to be in a state of metamorphosis, slightly bizarre, somewhat profane, funky, or semi-flaccid, oversized or fragile, with bellies and anuses.
As creature-like entities, they seem fantastical and unreal, as if they came from a film—although the film is taking place in the minds of the viewers. Wonderland has burned down, Mother Hulda meets alien at the house of the seven spray-painted dwarves’ beyond the seven mountains on some desert planet. In between sci-fi props, post-minimalism, and “installationitis,” the works are visually immediate, ranging from seductive to monstrous. They’re misfits and free spirits, not classical beauties. They’re grotesques, playfully open to associations and physical references—often humorous, but perhaps not always pleasant.